Generally, the mushroom has a very short life span of 2-4 days. However, some species may live and survive anywhere between a week and a month or even years like the polypore’s species. The life cycle of a mushroom begins as a spore and lasts until germination

A mushroom develops from a pinhead called a primordium, which is typically found on or near the surface of the substrate. It is formed within many strains of hyphae called the mycelium.

Mushroom is part of the fungi kingdom and they are not plants. Mushrooms do not need sunlight to produce the food instead they feed on decay matters for nutrients. No other plants can do that and mushrooms are delicious.

Try to avoid mushrooms that are in the shape of an umbrella and have white rings around the stem. These umbrella-shaped mushrooms, which are also bright in color are generally full of poison. 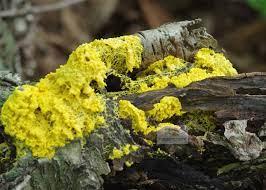 There are over 100,000 known species of fungi organisms which include yeasts, rusts, moulds, and mushrooms, etc. There are also many fungus-like organisms, including slime moulds and water moulds (Parasites) that do not belong to the kingdom Fungi but are often called fungi.

STEP BY STEP GUIDE ON HOW TO PREPARE POTATO DEXTROSE AGAR

STEP BY STEP GUIDE ON HOW TO PERFORM TISSUE CULTURE

STEP BY STEP GUIDE ON HOW TO PREPARE GRAINS

STEP BY STEP GUIDE ON HOW TO PREPARE GRAINS FOR INOCULATION

One thought on “KNOW YOUR MUSHROOM”